Mr Kumar had been hunting established properties close to Melton’s CBD for two-and-a-half years, but said he would not have bought there five years ago.

There was a strong demographic shift happening that most people were not noticing, he said. 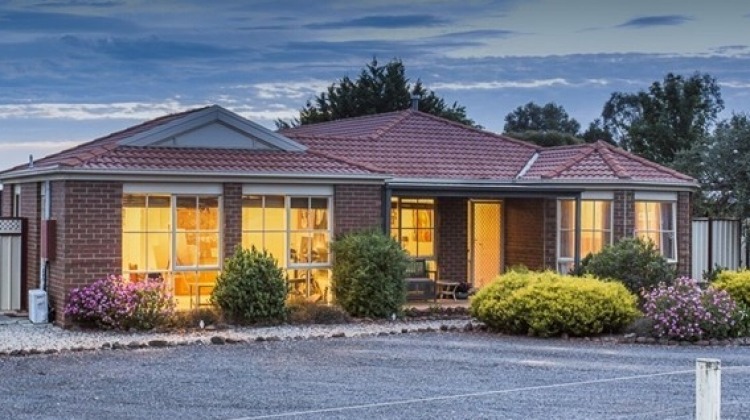 This five-bedroom house at 32 Gloaming Ride in Kurunjang was bought by a Sydney investor for $610,000. Photo: Supplied

People sitting on $500,000-plus rundown fibro homes in Sunshine were selling up and moving to house and land packages in and around the Melton area, he said.

“They’re getting a brand new house on decent-sized land – perhaps not as big as their land in Sunshine – and they’ve still got change leftover,” he said. “In the last two years there’s been a juice bar that sprung up, there’s a couple of better cafes, so slowly the lifestyle culture is changing.”

A Sydney investor bought this four-bedroom house at 25 Barleygrass Crescent in Brookfield for $336,000. Photo: Supplied

After a renovation, he is now receiving $270 a week in rent — which means it’s slightly positively geared.

Mr Moroney said there was potential for the area to grow because of its affordability, and become a western hub for Melbourne.

He said people were travelling twice as far to Sydney CBD every day.

“People may not be comfortable with that distance at the moment in Melbourne, but as years go on, they’ll be more comfortable like Sydneysiders are currently,” the 38-year-old said.

Joe Mavrikos, of Hocking Stuart Melton, said the market was flooded with interstate buyers, mainly from Sydney, and some were even buying sites unseen.

“The value is crazy … I don’t think it’s going to last that long if everyone catches on,” he said.

Other than Melton and Melton South, investors are also buying in nearby Kurunjang and Brookfield.

Barry Plant Melton agent Ned Nikolic said the number of Sydney investors hunting in the Melton area had doubled over the past six months. Established houses near the train station and shopping centre had better capital growth potential than newer dwellings further out.

But Melbourne buyers’ agent Cate Bakos said she would strongly advise investors to reconsider if they wanted to buy in Melton.

She understood why Melton would seem exciting on paper for those unfamiliar with Melbourne, particularly compared with Sydney’s house prices.

“My biggest issue with Melton is that it’s a long way away, and it is surrounded by areas that are still offering house and land packages,” she said.

“When people have the option to buy their own home, if they have stronger incentives to buy new, they generally will, and as a result, the established houses aren’t necessarily being driven up in value.”

Ms Bakos also believed Melton had limited growth drivers and finite reasons why people with stronger household incomes would choose to live there.

City of Melton mayor Kathy Majdlik said the council encouraged investors from across Australia and was not averse to growth.

Cr Majdlik believed it was important for public transport — in particular train stations and train lines — to keep up with the growth.

“We’ve got funding for the duplication of the lines, however, we need funding for the electrification,” she said. “We also need better road connectivity in regards to state roads.”