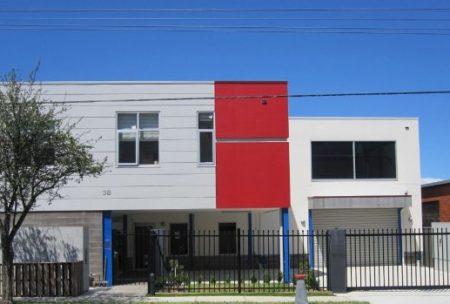 Yields for childcare centres and suburban offices and shops are falling – as low as 3 per cent in in the latter case – as self-managed super schemes chase better returns than bank deposits can provide. Recent data from the Australian Taxation Office reveals that SMSFs now hold more property in their funds than cash. The latest ATO figures, analysed by Credit Suisse, show that by the end of December 2016, SMSFs held $162 billion in property – about half of which was commercial – while cash comprised only $157 billion. Indirect holdings in property are believed to be even higher.

The moves come amid warnings about the dangers of borrowing to buy property for a super. The volume of money borrowed by self-managed funds has increased to $24 billion from $2.5 billion since 2012, 91 per cent of which has been used to purchase residential and commercial property.

Auctioneer David O’Callaghan said there were signs SMSF investors were looking at the difference between deposit rates and yields and thinking a commercial property investment is a better deal.

“They think because they’re getting 2.5 per in the bank but 3.5 per cent from property that it’s like for like,” Mr O’Callaghan said.

“But the acquisition costs of property and the costs of ownership do not mean it’s only a 1 per cent differential,” he said. “Particularly at the low end of the market under $2.5 million.”

Industrial yields at the low end of the market are plummeting. In Melbourne’s south-eastern suburbs, an SMSF investor paid $2,055,000 for two new office-warehouses in Huntingdale on a yield of 5.74 per cent underpinned by three-year leases.

And childcare centre yields have dropped nearly 200 basis points in the past 18 months. A 90-place childcare centre at 1 Regent Street, in Geelong, was sold for $3.1 million on a yield of 6.6 per cent after only 22 days on the market. The centre has a 10-year lease and returns $204,000 a year in rent.

“SMSFs are seeking greater value from their investments. Commercial property is a great way to access this value with less downside risk, as income yields in commercial real estate are generally supported by longer lease terms of up to 10 years and higher,” Mr Keegan said.

Super funds already accounted for 60 per cent of total flows into the AMP Capital Wholesale Australian Property Fund – up from 28 per cent two years ago, he said.